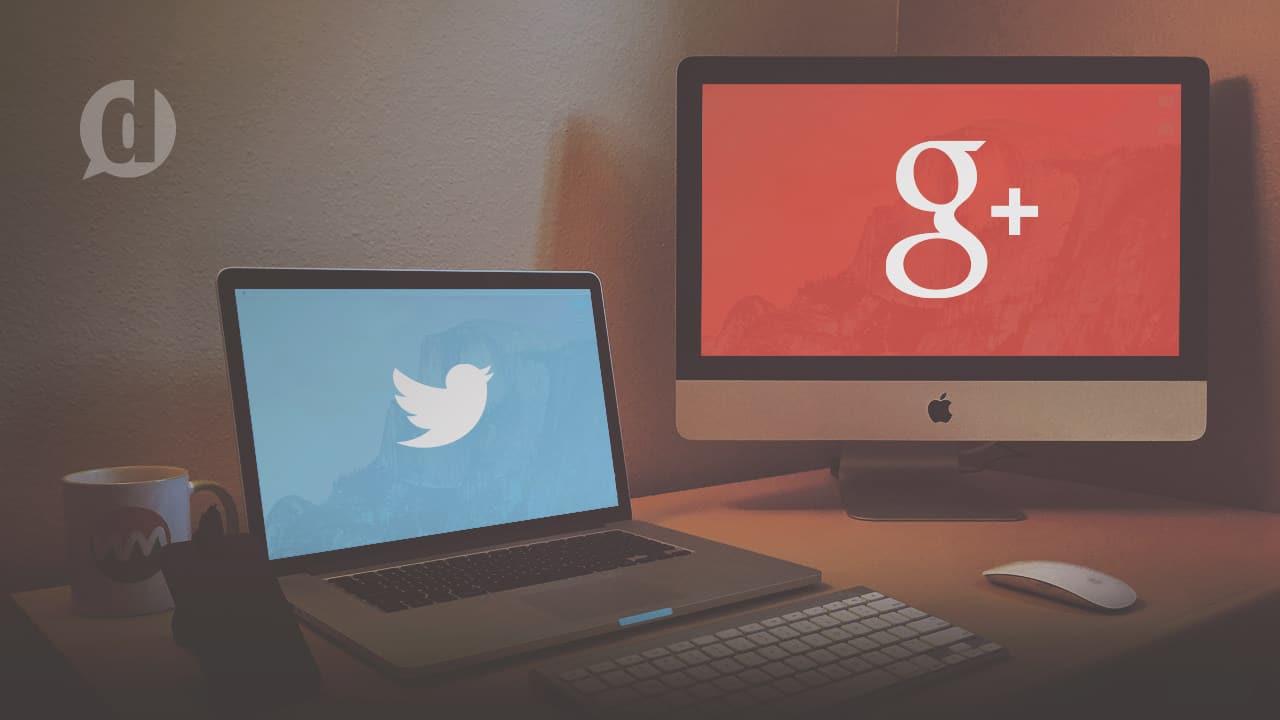 The power of social and SEO combined can give you a huge boost in getting discovered online.

Combining the power of social media and search engine optimization, you can greatly enhance your content marketing strategy and your ability to get found online. This post will take you through what you need to know about the new Twitter and Google deal and some creative ways to take advantage of it.

Before we dive in, did you know that some of my best stuff only gets shared with my Insiders list? Join this group of awesome people below:

Brief History of SEO and Social

In case you haven’t been following this complicated relationship between the search giant (Google) and the 280 character social network (Twitter) allow me to give you a brief history.

Firstly, you have to understand that before social media, there was search.

The best way to be discovered online was through people finding you in search engine results. Before long, Search Engine Optimization (SEO) was born.

Google became (and still remains) the king of online search. However, with the social media revolution a new way of being discovered arose. Word-of-mouth found it’s way into the online world like never before.

Getting discovered and growing your online reach found new life.

That’s not to say though that SEO dropped off – not in the least bit. However what did happen is that SEO was no longer the only game in town. Social Media lowered the barrier for entry into online discovery.

Google understood the growing popularity of social media and decided to begin looking at indexing social networks for their search results.

Facebook initially wouldn’t give Google proper access to index it’s site. After a while though what was once a completely walled garden was now beginning to make a small leak into Google search. But so insignificant that it wasn’t worth writing home about.

Then there was Twitter. It was hot. It was great at real-time relevance. And Google saw that.

So Google struck a deal with Twitter in 2009 to gain access to it’s data. But for some reason in 2011 that deal was broken.

We may never know what happened.

With the introduction of Google+, social media activity now worked for you twofold— on the network itself and in Google search. This is why a lot of us early adopters took to Google+ so fiercely— we saw the potential for compounded efforts.

At that point though, most social media activity (apart from Google+ activity) had very little chance at making it into search engine results. This meant that your SEO and your Social Media were two completely separate strategies.

Though you could do very well focusing on SEO alone, it often required a lot of time, technical know-how and could be a longer-term payoff. Whereas with social, it was faster, easier and for most of us it was just more fun.

SEO and Social seemed to be two completely separate strategies, that didn’t have much to do with each other.

With Google+ we began to see just how beneficial it could be when your social activity pays off in search results. It’s as if you’re killing two birds with one stone.

Well finally, Twitter came to their senses and renewed their relationship with Google to give access to real-time activity, via the API,  a.k.a. “the firehose”.

Jay Baer does a great job of explaining why this move is so important for both Google and Twitter:

So What Does This Mean?

Your Twitter activity is now working for you twofold. Not only is it helping you gain exposure within the Twitter network, but it’s helping you break into search results. Just like Google+!

You can now have 3 channels working to help you get discovered through Google search:

The beauty of that? You can make all three channels work together in harmony with the right workflow.

How to Get Your Tweets Indexed

Before anything else, make sure you know how to use Twitter like a pro, first and foremost.

At this point there’s still only a small percentage of Tweets being indexed into Google search. But it’s getting better. The guys over at Stone Temple Consulting have put together a couple great studies that you need to read:

Based on these studies there are a few things that we can pick up about getting your tweets indexed by Google:

Now it is important to remember that these studies aren’t absolute. The results are not guaranteed if you follow them. They’re merely a way of increasing your odds of getting indexed. This isn’t digital wizardry, just well educated tacticry. (New words are fun.)

And because I know you love infographics, here’s an easy, visual reminder of these tips.

Pin this Infographic
Copy and paste the code below to embed this infographic to your website.

How to Get Your Google+ Posts Indexed

Since Google owns Google+ the public posts shared on Google+ are indexed almost immediately. They’re already a part of Google’s database so almost instantly you have the potential to surface in search results.

So, getting your posts indexed isn’t the challenge. The challenge is getting them to surface in search results.

While I’m no SEO expert, I can tell you this— it would seem that more engagement (consistently) can tell Google that your post is more relevant and/or popular, and that definitely can’t hurt from an SEO standpoint.

So here’s a few tips to boost engagement on your Google+ Posts:

If you want to dive a little deeper on squeezing the most engagement out of your Google+ posts, I’ve written a more extensive post titled The Anatomy of a Perfect Google+ Post. It’s also got a visual breakdown as an example.

There’s also been a few cool articles about Google+ engagement written by Rebekah Radice and also my friends over at Steady Demand. Definitely worth the reading time.

Right now you can go over to Google search and see how you’re doing so far at getting indexed in each social network. Simply go to google.com and use the following search queries:

These two search results will show you how many of your posts from each network have been indexed by Google. Here’s what mine look like: 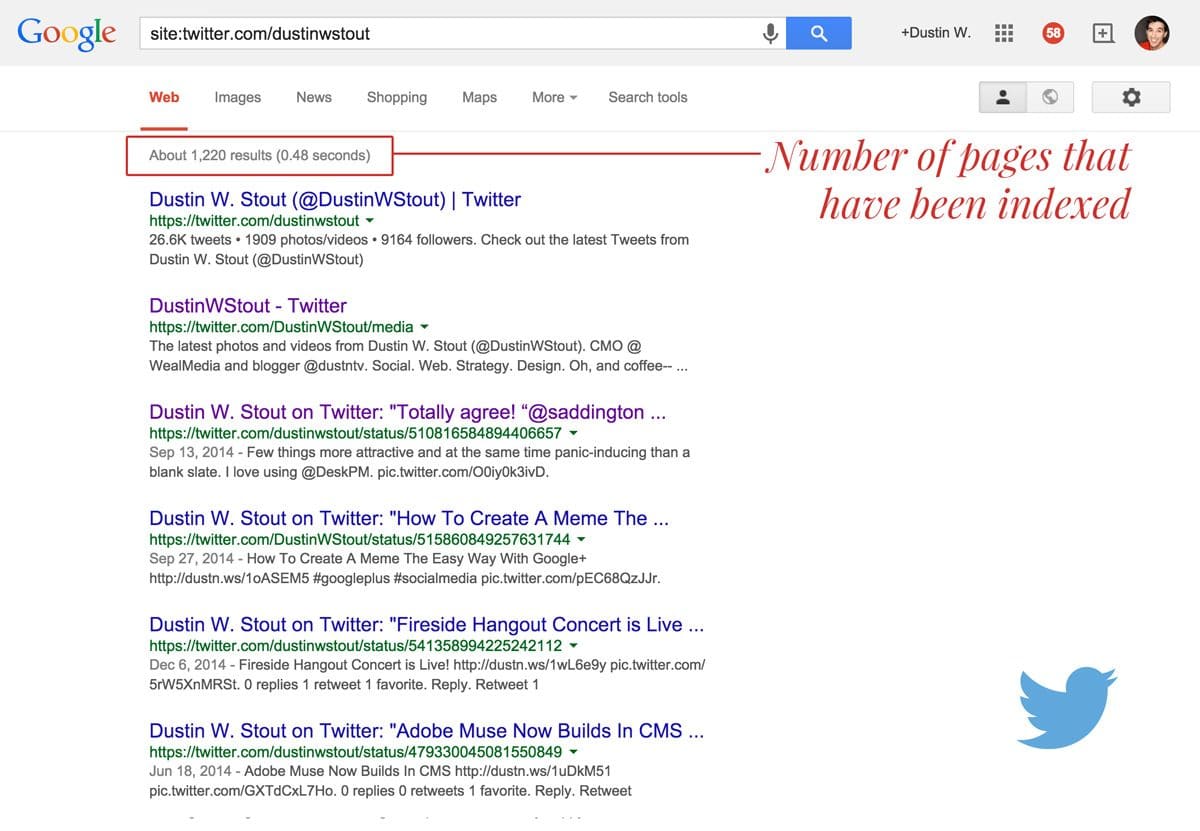 Currently it appears that I have 1,220 of my tweets indexed by Google. Not a bad starting point I guess. 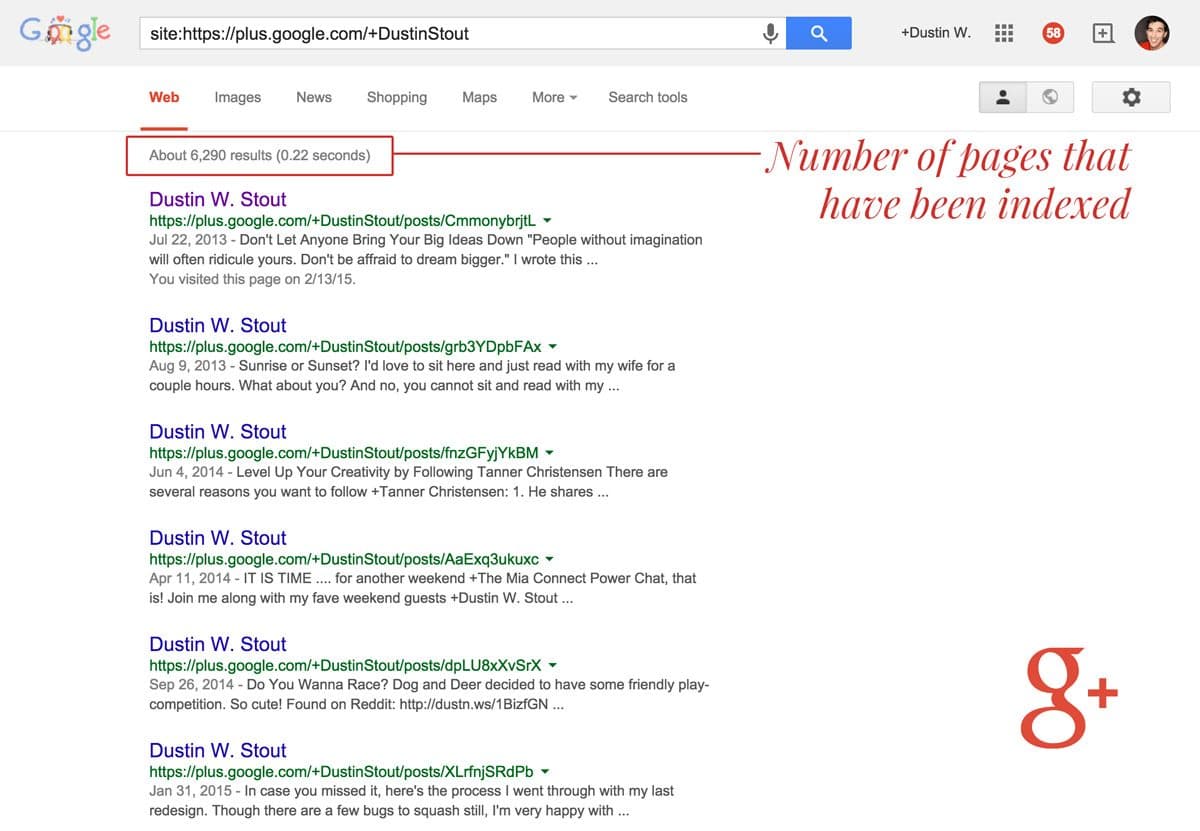 Roughly 6,290 of my Google+ posts seem to have been indexed so far. I was expecting more, but hey I’m not complaining. I guess it just means I’m not nearly as cool as I think I am.

Benchmark your own current results and take another look every now and again to see how quickly you’re growing. You can easily do this through a spreadsheet.

So now the question is, “okay, Dustin, I get it. Twitter and Google+ can help me get discovered in search. So how the heck do I do it?!”

Calm down sparky— I’m getting there.

This is a very simple strategy to use Google+ and Twitter seamlessly into your current content creation efforts.

Here’s what you will need:

With these tools in hand (figuratively speaking) you will have all you need to start attacking your content marketing strategy.  Now, here’s what you need to do with them…

Do this— in Friends+Me connect your Google+ profile to your Twitter profile. You will then be given four options:

I recommend using the Mirror# strategy. This allows you to control which Google+ posts get tweeted and you keep your Twitter followers from getting annoyed at you constantly promoting a different social platform than they’re on.

You shouldn’t cross-post everything anyways as some content just doesn’t fit some networks. Be considerate of the audience and what they want to see when determining whether or not to cross post.

Every now and again it’s good to get creative with what’s known as cross-pollinating (something I took from my interview with Peg Fitzpatrick) your social accounts. Here’s an example:

So I’ve taken a screenshot of my tweet and uploaded it to Google+ as an image and shared some additional commentary and a link back to the original tweet.

Listen– don't just wait for your chance to talk – http://t.co/rj79wn8Xfs – you might just learn something valuable from your audience!

You can tweet out links to your Google+ posts in a more non-automated way. It feels more organic this way. You’re showing your Twitter audience that you’re not just phoning it in.

If you do this consistently you will not only be encouraging your followers to follow you across multiple networks, but you’ll be leveraging one profile to boost the authority of the other.

Remember, inbound links to social posts can boost their SEO value. This technique helps you build those inbound links. 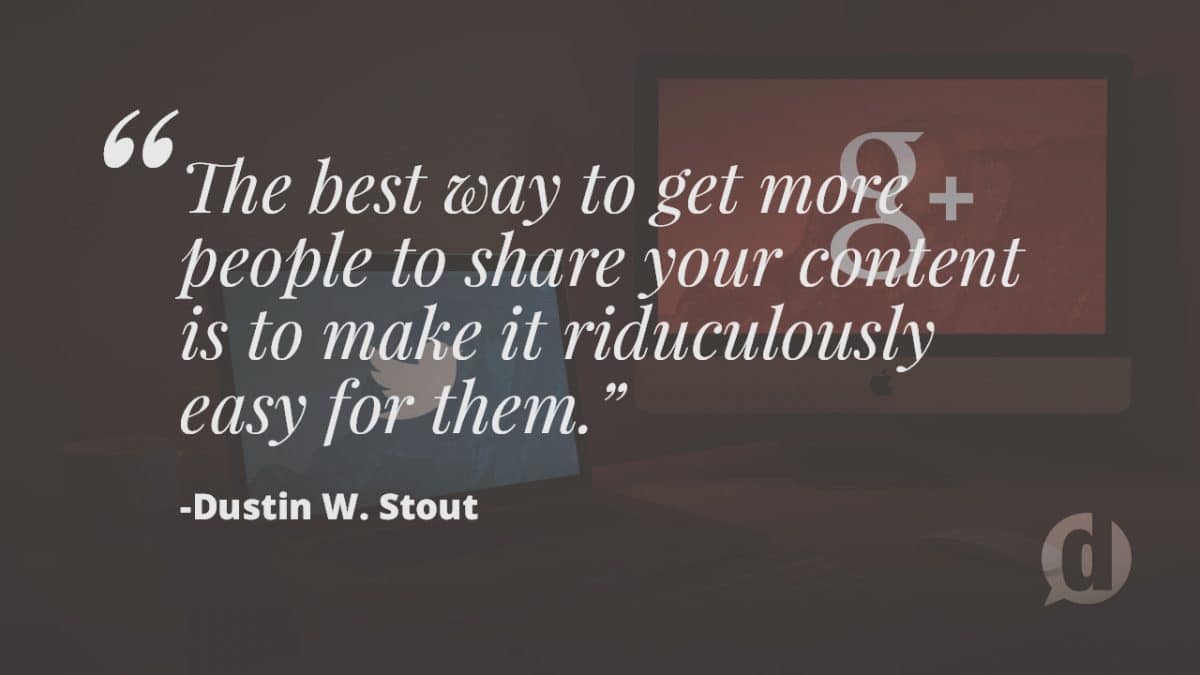 Last year I got together with a couple of friends and we ended up building the perfect social sharing WordPress plugin. Since including it in my blogging arsenal, I’ve seen significant growth in both social shares and blog traffic.

One of the features we focused on was being able to customize the content of the social shares. You can write the tweet that is populated when a reader clicks on your tweet button.

Additionally we wanted bloggers(publishers?) to be able to place social calls-to-action within the blog post. These are commonly known as “Click-to-tweet” boxes. Like this:

With the Social Warfare plugin you can easily create these click-to-tweet quotes without having to leave your WordPress editor.

There are several free alternatives that will allow you to create click-to-tweet quotes for your blog posts, but they don’t include the higher level customization for the social sharing buttons.

If you want to explore the free options first you can take a look at:

In addition to the customized tweets, the Social Warfare plugin also allows you to customize the Google+/Facebook/LinkedIn share title and description as well as the image preview that the networks pull in. There’s also a separate customization for Pinterest descriptions and images.

And that’s only part of the reason I believe it’s the best social sharing WordPress plugin on the market. There’s a ton more reasons, but for the sake of this article I’ll leave it at that.

Now to Get to Work

If you’ve made it through this posts so far you will have a great understanding of how Twitter and Google+ can add significant value to your content marketing efforts.

Without knowing very much about search engine optimization you can still grow your search discoverability through these two powerful social media channels. 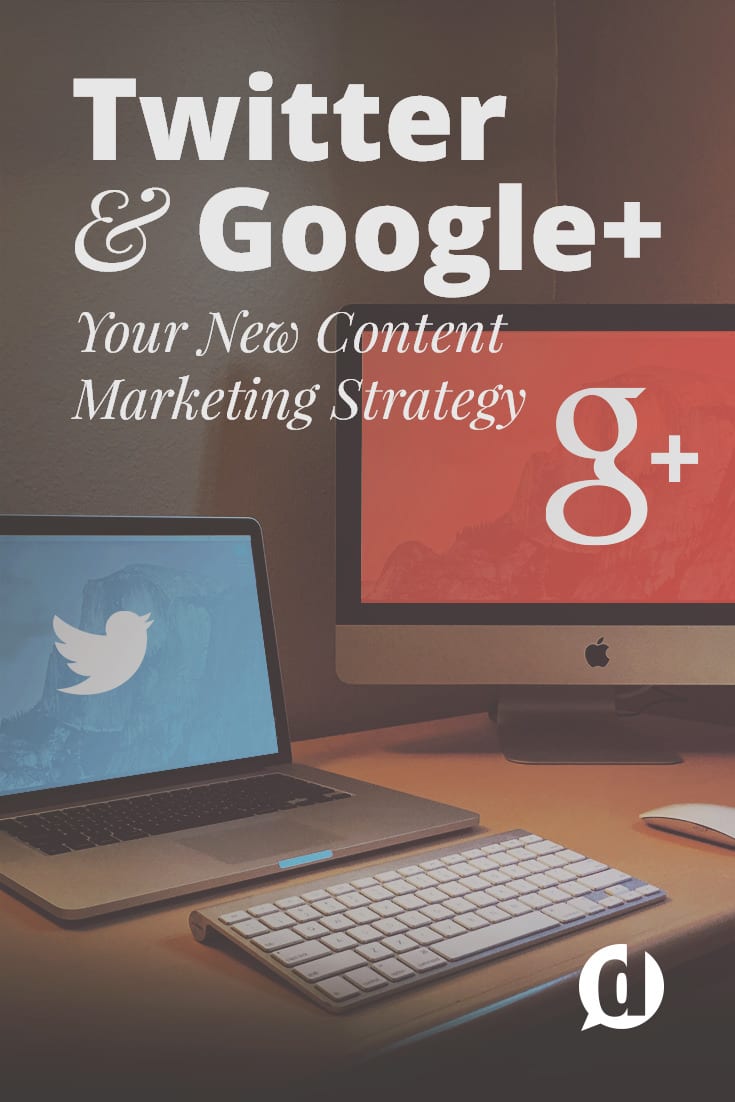 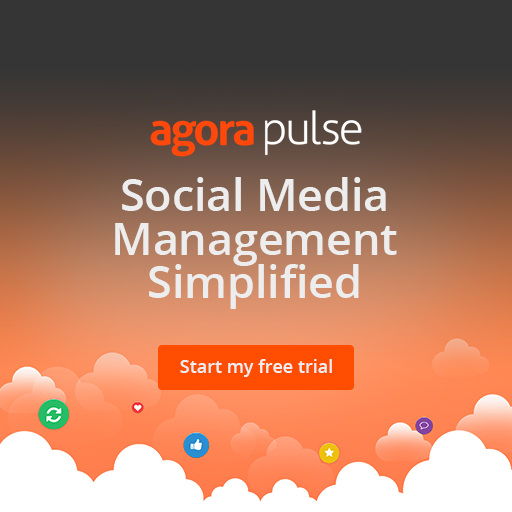 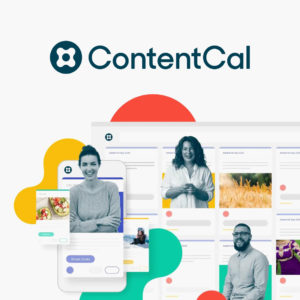